Mongolia: In the land of the eternal blue sky

Escapes in the wilderness 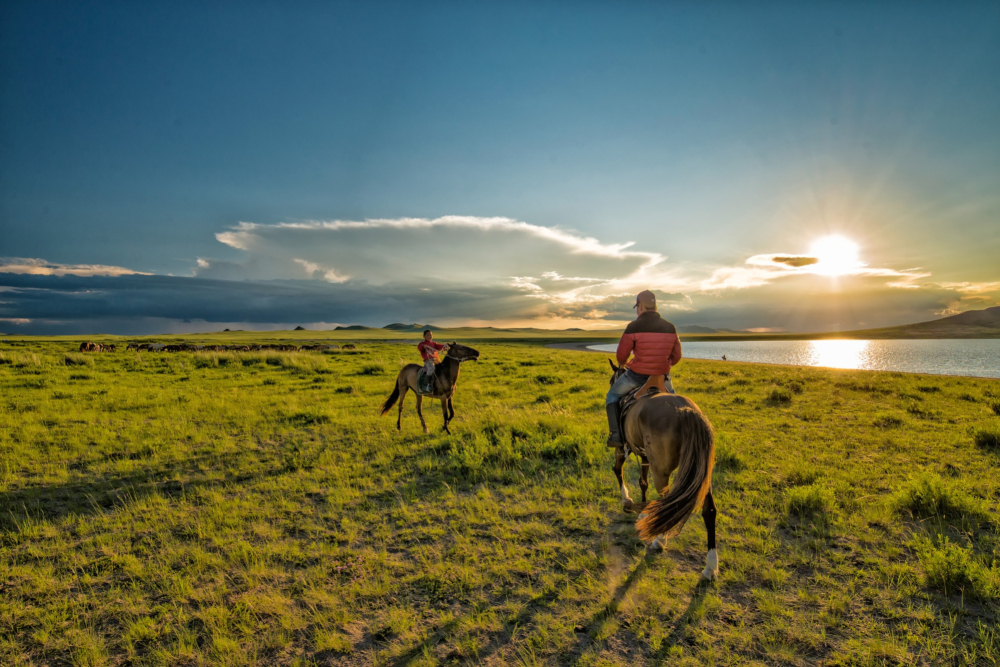 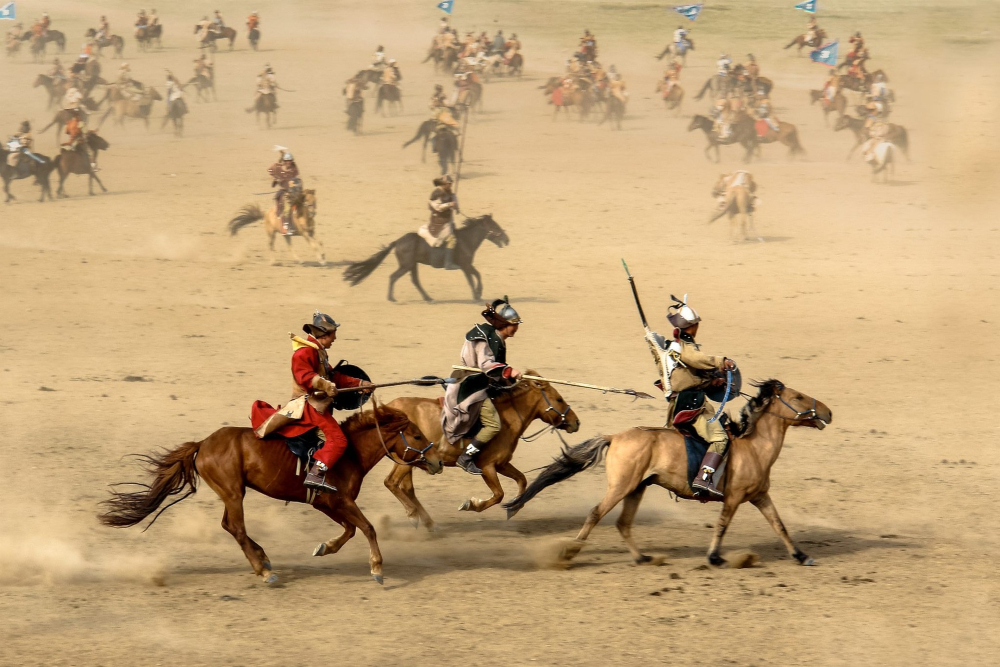 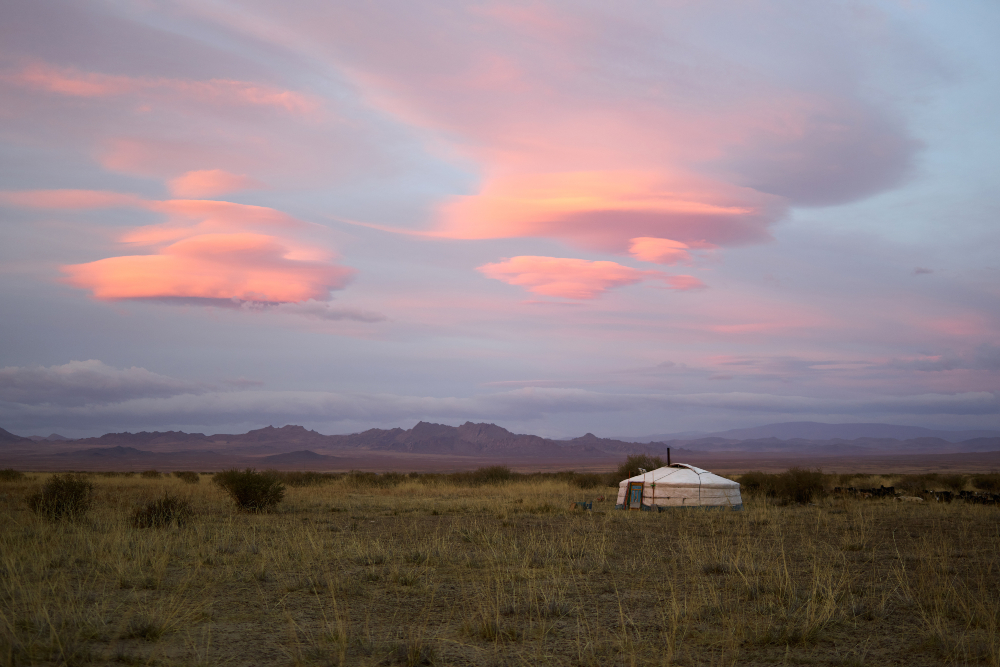 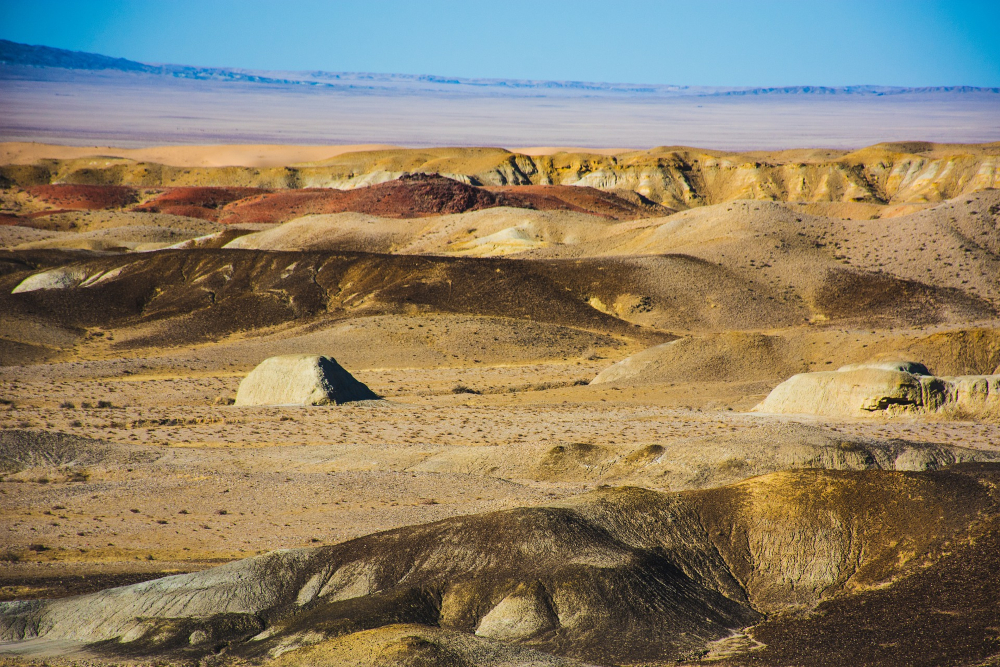 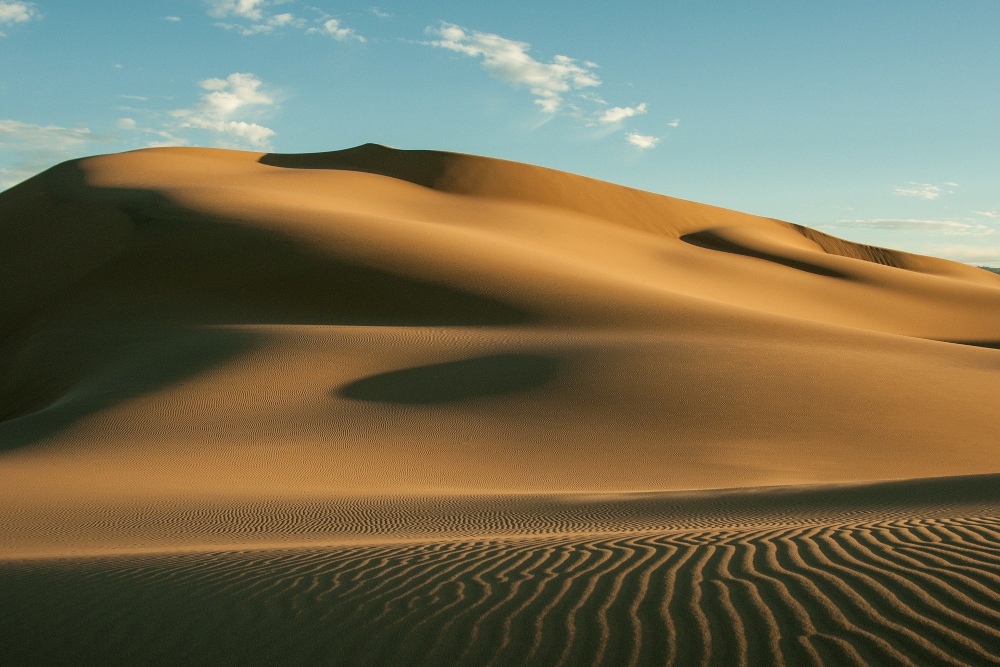 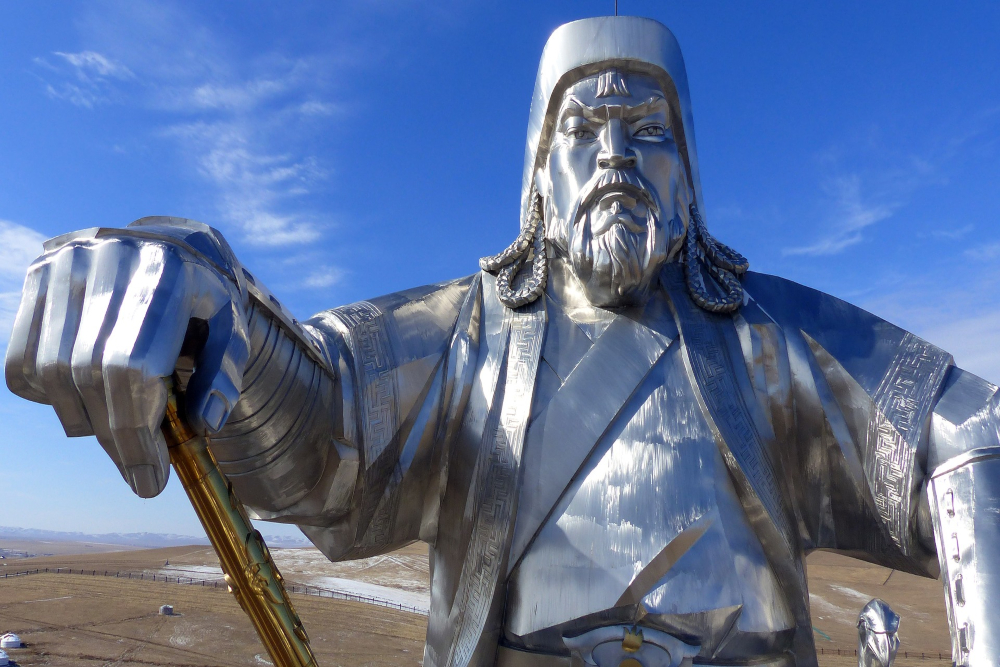 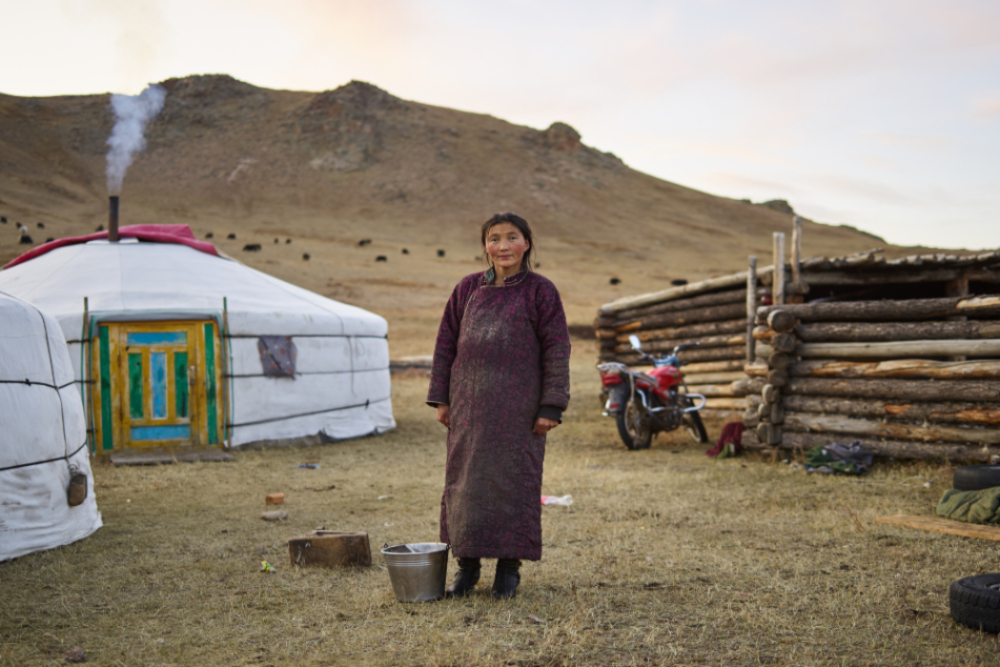 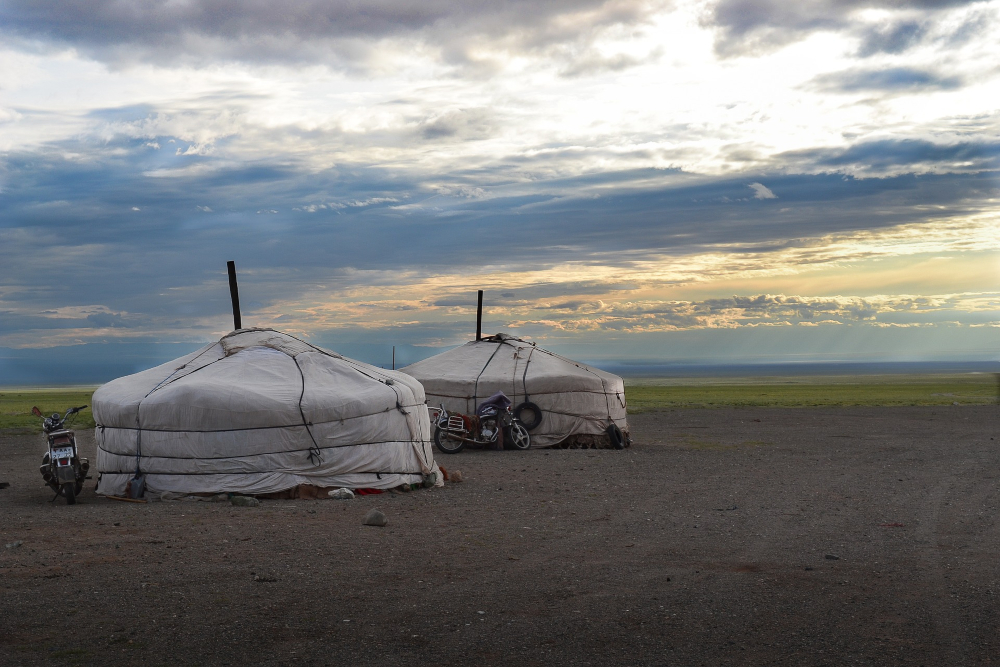 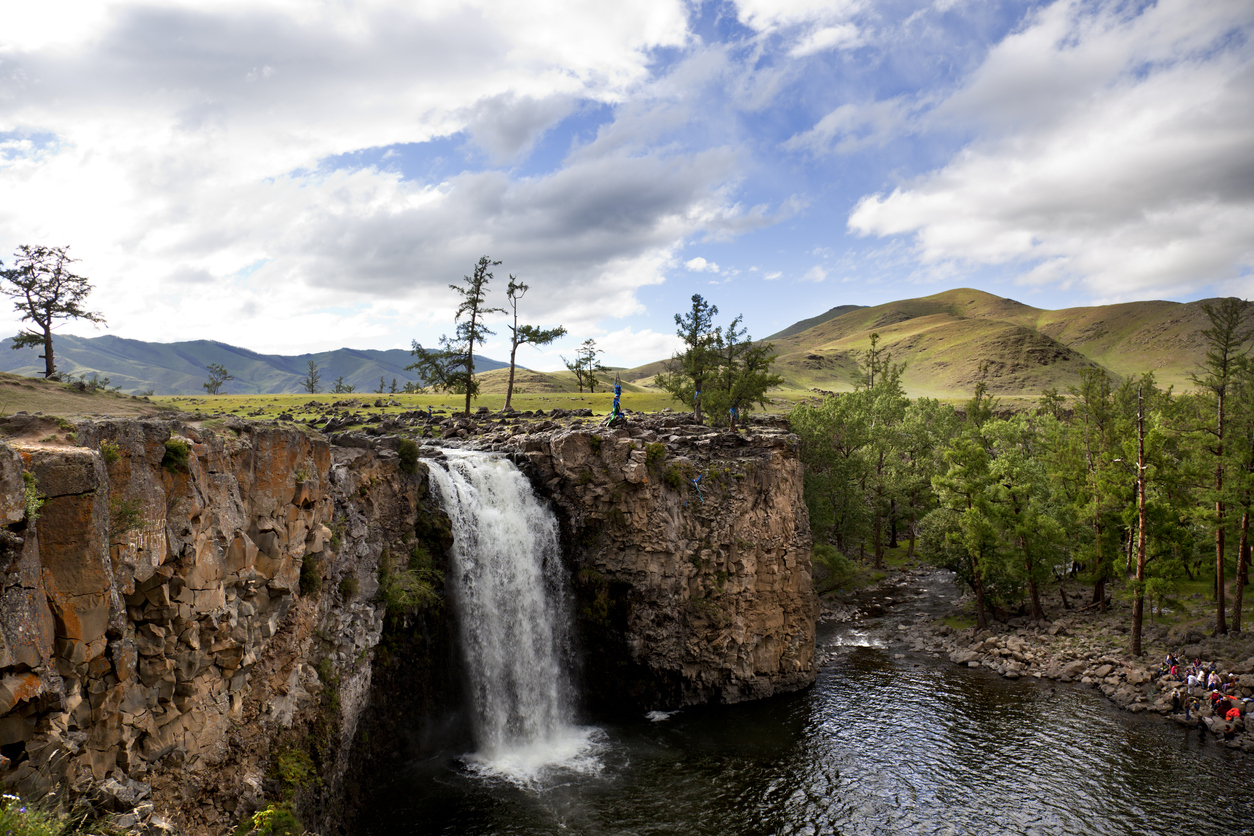 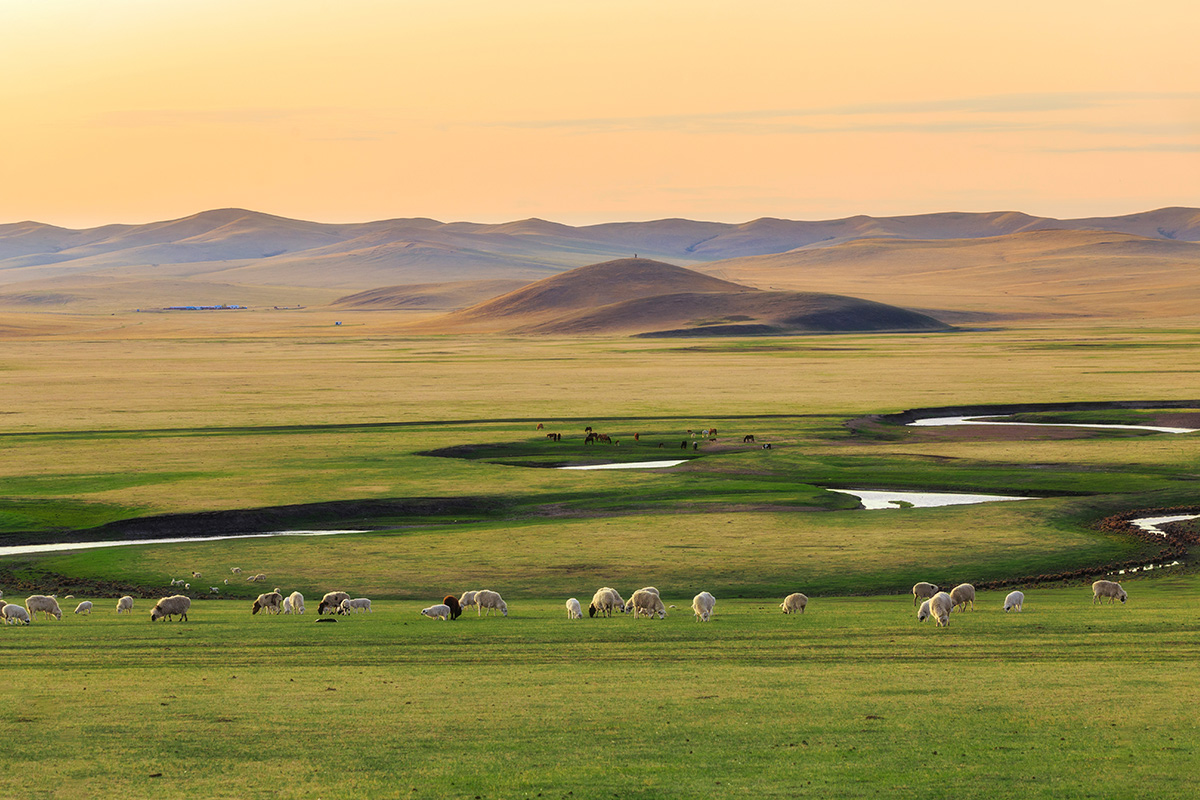 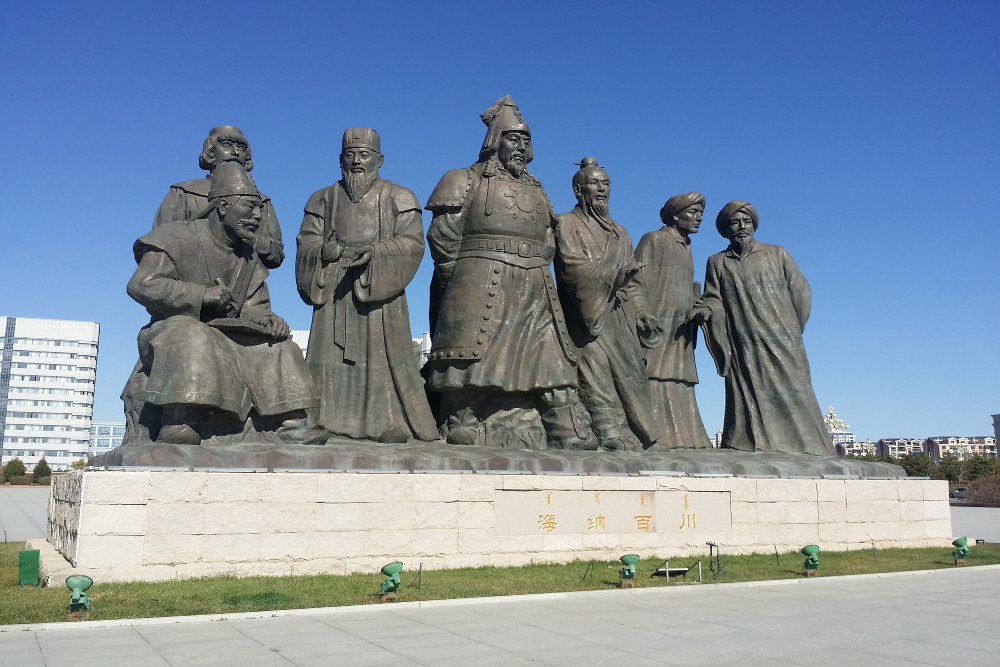 Whether in the battle accounts of the great Genghis Khan, the famous conqueror of the ancient Mongolian empire, or those of the Venetian merchant Marco Polo, Mongolia has always fascinated adventurers.

Landlocked between China and Russia, it is dotted with large high-altitude lakes and dense forests in the north, horizons of infinite steppes in the east and covered by the Gobi desert in the south.
Its land is full of contrasts and its landscapes of incredible beauty!

Its traditions and nomadic culture are still very present and offer travellers a total change of scenery and unforgettable encounters!
Any traveller dreaming of a country where wild nature still dominates and which has been able to preserve its ancestral traditions will be delighted by the authenticity of its inhabitants and its unspoilt landscapes where silence reigns … The best months of the year to go to Mongolia are May, June and September, October.
In winter, the cold weather can disrupt your experience. On the contrary, in the middle of summer (July and August), visiting the famous Gobi Desert can be more complicated due to the high temperatures. Moreover, as this is the time of Naadam (bank holiday), flights and hotels will be crowded with tourists, so you’ll need to plan ahead!

Our favourites in Mongolia

The 1,300,000 km² Gobi Desert stretches from northern Inner Mongolia (autonomous region of China) to southern Mongolia. It is one of the largest and harshest deserts in the world and was once a stage of the famous Silk Road.
Almost entirely covered with stones (and not with sand, contrary to popular belief), the Gobi Desert offers a wide range of landscapes, from sand dunes to mountains, immense plains and desert steppes, punctuated here and there with oases and lakes. Trekking and hiking enthusiasts, explore the Gobi’s trails on foot, in a 4×4, on horseback or even on camelback! The dunes of Khongor

100 km long and 20 km wide, the dunes of Khongor Els form one of the most spectacular landscapes of the Gobi Desert in southern Mongolia.
The wind blows continuously from north to west over the dunes, which can then reach dizzying heights, between 100 and 300 metres at their highest peaks. The locals call them “singing dunes” because of the noise the wind makes as it moves the sand.
Beyond the dunes, the steppe stretches as far as the eye can see. Situated in the foothills of the Khangai mountain range, this site, protected by UNESCO since 1992, covers 121,967 hectares of grassland along the river of the same name. The Orkhon River basin is rich in historical remains, the valley having served as a successive habitat for many nomadic peoples since prehistoric times.
It is frequently perceived as the cradle of the nomadic culture of the steppes, and in the last millennium was a true crossroads of civilizations, linking East and West across the vast Eurasian continent.
Today, the Orkhon Valley is a great land of nomadism where many herding families set up their camps. The picturesque landscapes of the steppes surrounded by the Khangai Massif, the richness of its fauna and flora, make it the ideal region to discover the Mongolia of the nomads in an enchanting setting.

Stretching over 5400 km2, the Menen steppes are undoubtedly the largest in the world.
These lands, which have managed to preserve their authenticity and their ecosystem, are home to an abundance of flora and fauna and are among the largest gazelle migration areas in Asia.
The steppe is divided into 2 main parts: the northern side of Kherlen and the southern side of Tamsag.
A famous Mongolian poet described this steppe as “seeing the sunrise from the distance of the horse’s lasso is incredible” (i.e. “from very close”).
The hilly steppe landscapes with green scenery border the rivers of Numrug and Khalkh Gol.

Khukh nuur, The blue lake with a black heart

Lake Khukh nuur is one of the most important places in Mongolian history.
It is indeed there that Temuujin would have been crowned in 1189 and where he became Genghis Khan, “the great Ocean King” who unified the different nomadic tribes that formed the Mongolian nation in 1206.
On the shores of the lake you will find a monument dedicated to the birth of Genghis Khan (1162). A total of about fifty wooden statues form the memorial, including, around the monument, 36 statues of the various kings of his lineage.

The Gun-Galuut Nature Reserve is a locally protected area to conserve globally threatened species. It was founded by citizens representing the Hural (local parliament) of the sum of Bayandelger, Töv province, in 2003.
It contains three zones: one, called “tourist”, is open to visitors, another has restricted access, and the last, central, is a forbidden zone.

The site harmoniously combines high mountains, a region of steppes, rivers and lakes, as well as a wetland, which have not suffered the throes of change.

The reserve is also home to rare animals such as the wild sheep (argali), the Siberian whooping crane, the white-necked crane, the monk crane, the red falcon, the monk vulture and the swan goose.

The summit of the Khorgo volcano, at an altitude of 2240 metres, can be reached by a hike of about 16 km.

Located at an altitude of 1645 metres, Lake Khövsgöl is so extensive that it alone contains 2% of the world’s fresh water reserves. It is known as the “Blue Pearl of Mongolia” because of its very clear water, so pure that it is possible to drink it. It is the second largest lake in Mongolia by surface area, after Lake Uvs, a salt lake in the west of the country.

Lake Khövsgöl is full of fish. Baikal omul, lenok trout, grayling and Siberian sturgeon have found excellent living conditions here. It is also the home of many species of birds and mammals, such as sable, beaver, Mongolian deer, Siberian roe deer, brown bear and lynx.

The lake freezes between the months of January and April, at which time it is possible to sled dog or troika.

Khustai nuruu was a nature reserve until 1998 when it became a national park with the aim of reintroducing Przewalski’s horses, “takhis”, and protecting the ecosystem of the forest steppe, which is extremely threatened by overexploitation of the land.

Many birds are also present in the park such as the golden eagle, the bearded vulture, the great bustard, the song swan, the black stork, the partridge, etc.

The reserve includes both desert and mountainous areas. Gorkhi-Terelj Park is located in the strictly protected area of Khentii.

It is a mountainous region composed of wooded steppes, where many species of birds, moose and bears can be found.

Numerous rock formations, carved by erosion, are a delight for climbing enthusiasts. On the plains, wild flowers and edelweiss can be seen. The park is crossed by many rivers, including the Tuul, Terelj and Baruunbayan.

While the first 20 kilometres of the park have been developed for tourism (there are many yurt camps, some with very good infrastructure), the rest of the park, which covers 2864 km2 , offers a wilderness playground, and most of the park is not accessible to vehicles.

Not far from the entrance to the park, it is possible to observe many rock formations, including the turtle rock, “Melkhii Khad”, an intriguing 24-metre high rock formation resembling a turtle, or the rock of the old man reading.

The Altai Tavan Bogd is a high mountain area with many glaciers. 96% of Mongolia’s glacial rivers are located here. The most accessible of the glaciers is the Potanin Glacier, which can be climbed not technically but physically.

Mountaineering enthusiasts will also find their happiness with the ascent of Malchin, “the mountain of the breeder” (4037 metres), Nairamdal, “the mountain of friendship” (4082 metres) and Khuiten, “the cold mountain” (4374 metres).
The other two peaks forming the Tavan Bogd are the Burged (4068 metres) and the Ölgii (4050 metres).

To the south of these high mountains, the park extends over an area of medium mountains, between 2000 and 3000 metres above sea level, accessible to hikers in good physical condition who are used to walking in the mountains.

There are forests of Siberian pines and larches, as well as numerous lakes. The national park is home to many animal species such as the argali sheep, Siberian ibex, red deer, weasel, elk, black grouse and golden eagle.

The Mongolian Altai petroglyph complex, a UNESCO World Heritage Site, is also located in the national park. Three sites are listed, including several thousand rock paintings and Turkish monoliths, including the rock paintings of Tsagaan Salaa where it is possible to observe more than 10000 drawings over 15 km of valley.

The 47,000 hectares of the Khögnö Khan National Park offer a large number of historical monuments, thick birch and poplar forests and springs. The park’s ecosystem is particularly interesting because it is the meeting point between the steppe and the taiga.

We can therefore find fauna and flora with the characteristics of these two systems, as well as magnificent landscapes, with the granite formations of Khögnö Khan.

Created in 1997 as a nature reserve, in 2003 it became a nature park, i.e. an area protected by the State for its educational, historical, cultural or environmental value.

Discover all our Nature and Culture experiences!

Let’s meet and create together a trip worthy of your wildest dreams!

What will be your escape in the wilderness?